Aquafaba is the name that’s been given to the water drained from a tin of chickpeas. Yes, that stuff that you usually pour down the drain is now an ingredient in it’s own right, complete with a slightly silly name all of its own. It is pretty amazing stuff though. You can use it in place of egg whites in baking to make meringues and macarons, and it works as a binder in cakes and biscuits. There are even recipes for vegan cheese made using it! Unlike a lot of other fancy vegan baking ingredients it is not only cheap, but widely available and seeing as houmous is a main food group in my diet, it also is basically a by product that would otherwise go to waste. It’s a brilliant thing.

Another astonishing aspect about aquafaba is that it was only discovered relatively recently. At the beginning of 2015 the first aquafaba meringue recipe was posted online by Goose Wohlt who had been experimenting with vegan egg whites, and it has risen in popularity ever since then. It has its own official website and many online groups have been created to discuss aquafaba’s various uses, and to share tips on their different creations. Seeing as it is such a new discovery there are so many new recipes popping up and it’s exciting to see the many uses people have found for it. So next time you crack open a tin of chickpeas for a curry (or perhaps to make my houmous) keep hold of the aquafaba and you can make something amazing out of it!

A few of my favourite aquafaba recipes: 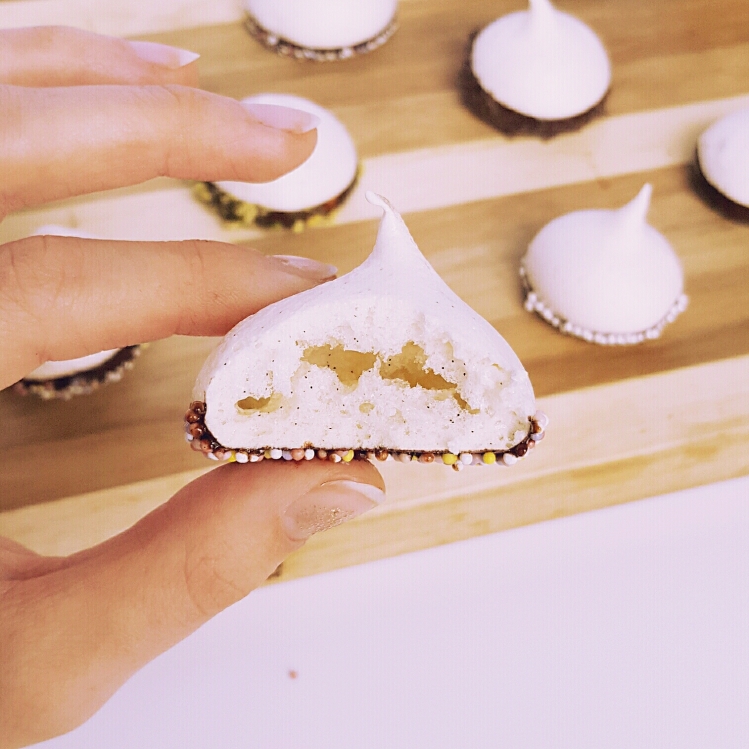