I made these buns as an attempt to make a slightly more virtuous version of my cinnamon buns. Don’t get me wrong – I have no problem with allowing myself a treat, or 10, of an afternoon. But I thought I’d try a wholegrain, refined sugar free bun to see if it could hold it’s own in the taste stakes. I also wanted to make something that could conceivably be eaten for breakfast without guilt – we’re always being told we should eat whole grains to start the day, right?

Enter these Pecan and Maple Spelt Buns. I really like the taste of spelt flour, it has a kind of nuttiness which I thought would go well with toasted pecans and a maple glaze in these buns. I thought about adding maple syrup to the dough too however experience has taught me that that lovely maple-y flavour is an elusive thing which is easily lost in baked goods, unless you add syrup in huge quantities. So I saved it just for the final icing drizzle where you’ll actually be able to enjoy the taste. These buns are sweet and cinnamonny, with a light but chewy dough, filled with crunchy toasted pecans and topped with the sweet maple glaze – it’s bun heaven. Healthy (kinda) bun heaven!

The filling of these bus is simply vegan butter, cinnamon, toasted pecans and coconut sugar. I used coconut sugar simply because I thought I’d try making these free from the usual refined sweeteners, and because I bought some coconut sugar years ago that I’ve never used. But just the same you could use any light or dark brown sugar and they will taste quite as good. I, for one, do not have a fear of the refined, or processed as I believe everything thing is ok within a balanced diet (plus if I ban myself from eating something I’ll just be good for two days then go on a crazy bread/sugar/{insert banned food here} binge) but I thought I would try using something different, seeing as it was there gathering dust in my kitchen!

I hope you’ll give these buns a try and do let me know how you get on if you do! Leave me a comment or #kindstateofmind on Instagram. 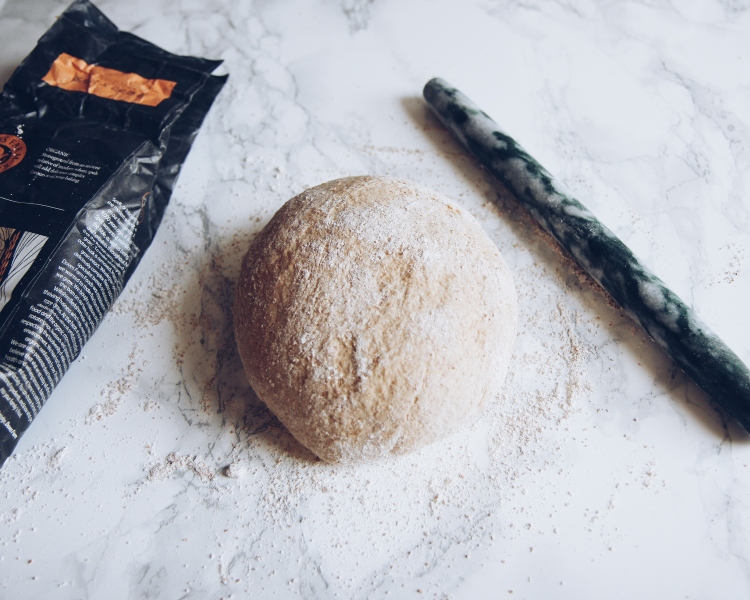 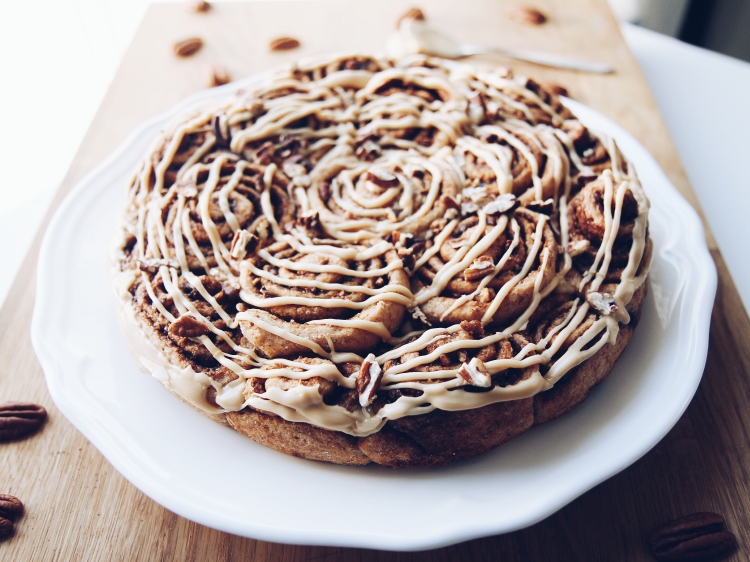 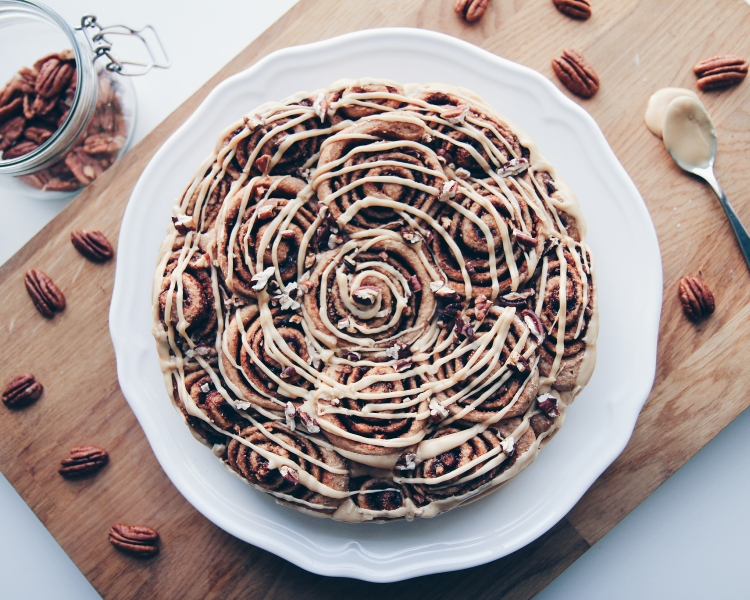 They are best eaten fresh but will keep for about 3-4 days in an airtight container. They are also great cut in half and toasted under the grill then spread with butter like a tea cake… yum!